Had a really great day today.  The weather was perfect.  Cloudless blue sky and a sunny 25C.  It’s ramping up again after the cool last couple of days.

Bob made himself and Daisy a big cooked breakfast of eggs, bacon, tomatoes, biscuits and toast.  I had coffee and watched them!  Then we set off for Epcot, getting there just after opening at 9.  It was clearly going to be a very quiet day, we parked so close we could easily walk in.

Straight onto Spaceship Earth, otherwise known as the big Silver Ball.  This is a time travellers journey through the communication of knowledge.  A somewhat humbling experience due to the fact that about half way through, the journey segues into our living memory!!!!! We followed that up with a thrilling speed around Test Track, and then the Journey through the Land.  This is an interesting boat trip through various scenes depicting how food is produced on the planet, in particular focussing on modern techniques to grow food in a more efficient and eco-friendly manner.  The Disney/US Department of Agriculture greenhouses are quiet amazing showing plants growing vertically, hydroponically, and lots of other imaginative means.  Emerging from this, we used a Fastpass to ride on Soarin’, a great favourite in which you take a “flight” around the world, soaring over famous landmarks.  Really, you are hovering in a seat in front of an IMAX screen, but the effect is quite amazing.  Our final ride of the day was Mission Mars in which you sit in a simulator which takes you on a flight to the Red Planet.  The simulator spins very fast to mimic the g force effect of a space launch and it is very bizarre to feel yourself pressed by an unseen force against the seat.  Bob doesn’t like it so he passed on this one.

We left Epcot at about 1 and came home for a quick lunch and then out to the Mall at Millenia for more Christmas shopping.  Bob took a book and camped in the food hall.  Daisy and I shopped like mad.  We spent a long time in Macys but also visited American Eagle, Bloomingdales, Forever 21, Ann Taylor and various other stores.  Its a very good mall.

By this time, I was pretty footsore, but needs must……  we headed back to the park for about 6.  It was a beautiful sunset tonight and temperatures were still high.  Epcot was still pretty quiet by recent standards.  There were some people in there in fancy dress, but not like it would have been in the Magic Kingdom.  We walked out into the World Showcase and very much enjoyed the atmosphere of each country and all the food stalls.  Grabbed a glass of Californian Merlot and a lobster roll in the American area and sat down and enjoyed a concert by Hanson as part of the Eat to the Beat series.  They were really, really good and there was a good crowd, all up on their feet.  Daisy really enjoyed them.

After Hanson, we moseyed on around, took pictures in France and then found a table in the Rose and Crown in the UK area.  It really is the perfect replica of a British pub.  Bob bought a platter of fish and chips and a beer and Daisy and I had a glass of wine each.  The fish was very good.  Chips were less so…. still a very good time was had by all.  Continued our wander and found the Chocolate hut where Bob and Daisy enjoyed two desserts: a chocolate raspberry torte and a nitrogen frozen chocolate truffle cream.

We intended to stay for the Innovations water/light show but we were just too tired and fled abt about 845.  The fireworks were just lighting up over Hollywood Studios as we found our car and drove away.  A really great day. 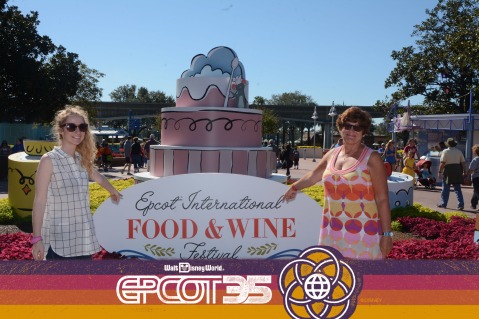 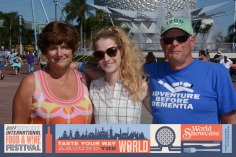 Winter in Goa – My Next Trip